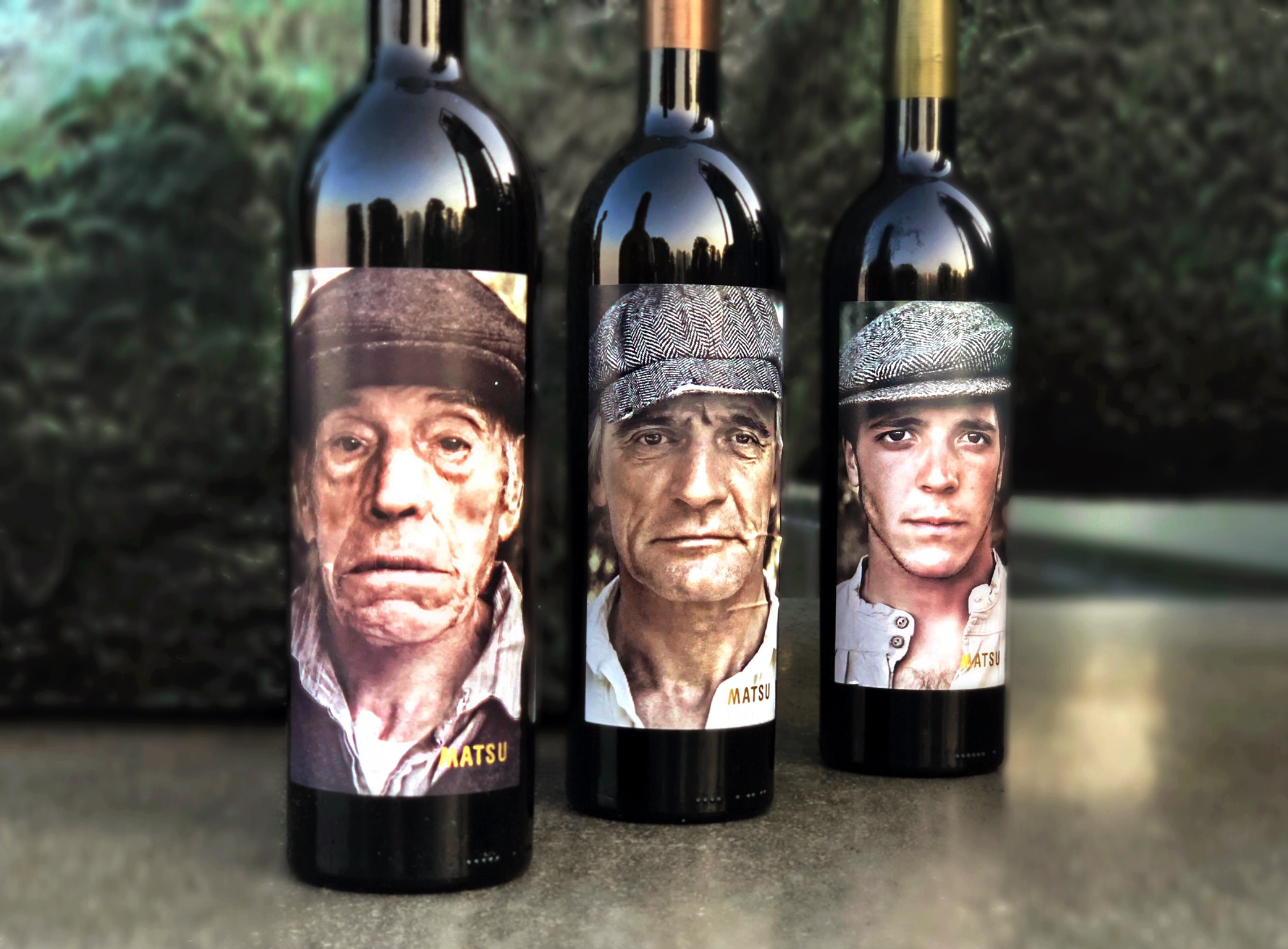 A Viniculturalist’s Journey through Toro

Trying to figure what vintae, a Spanish wine company, was by looking at their website was a bit challenging. They make wine in fifteen different Spanish regions and several in Chile, but it was hard to put a finger on the company as the website puts all its energy into being so on-trend that there’s little helpful information for the curious wine geek. Videos of attractive people pouring wine on their faces while frolicking through vineyards doesn’t exactly scream “real wine” or help me understand the winemaking process.

With a little more time spent investigating, I was able to figure out that vintae has a different brand for each region in which it produces, and that some have their own websites that provide specific information. One of them – Hacienda de Lopez de Haro in Rioja – will be featured later on Good Vitis, and is, to be fair, a serious wine. Today’s wines, which fall under the Matsu label (“wait” in Japanese), come from Spain’s Toro region and pay “homage to all the vinticulturalists that have been working in the vineyards for generations and devoted their effort, knowledge, respect and sacrifice.”

Much like the country itself, Spain’s wine industry is full of variety and unique personalities. This makes it a fascinating wine store section to visit. Toro is one of the secondary regions in terms of Spain’s international reputation, but the wines can be as interesting, rewarding and serious as any other bottle of Spanish wine, especially with age. Along with better-known regions like Rioja and Ribera del Duero, Toro is tempranillo country. Probably the most discernible difference with Toro tempranillo is the power it packs. Adjectives like “dense” and “hedonistic” are often used to describe the wines that come from Toro’s hot, arid climate and rocky soils. Toro isn’t wine for the faint of heart.

The small region of Toro is located between Portugal and the region of Rueda.         Picture credit: winegeography.com

To vintae’s credit, they have executed well this homage to a viniculturalist’s life through a series of three wines, each featuring on their label the face of a viticulturalist at a different stage in their life (young, middle-aged and elder), that reflect the wine inside the bottles. Collectively, they are supposed to take the drinker through the life of a wine professional. Tasting these blind, I was able to accurately line each glass up with its corresponding bottle. All made from 100% tinta de toro (the name of the clone of tempranillo grown in Toro), the young tasted simple and lively, the middle age more mature in stature and depth, and the elder the most substantive (and closed due to its youth, which does undermine the age progression).

The young wine, El Picaro (2016), still comes from old vines, ranging from 50 to 70 years in age. It is fermented using native yeast, aged (on average for 3 months) in concrete and bottled unfiltered (though I suspect it goes through some clarification). It’s forward and unrepentantly primary and youthful. The nose wafts mountain strawberry, raspberry, cranberry, white pepper and leather. The body is medium weight, the most spry of the three. Tannins are integrated and minimal, though the wine isn’t flabby. Main flavors are raspberry, strawberry and cherry. Leather and thyme play in the background. As the name, which translates to “precocious,” might suggest, this is the easiest drinking of the three, and a great value with a retail of $13.99. 88 points, value A.

The middle-aged wine is called El Recio (2015), and I believe is the best of the bunch as it seems the most complete and harmonious. Quite a ripe nose, it boasts raspberry, cherry, boysenberry, dry soil and black peeper with a slight acetone kick. It’s medium-bodied with bright acidity and chewy, basic tannin. Just a touch bitter on the palate initially, it hits with dark blackberry, boysenberry, bitter cocoa and cigar tobacco and eventually swaps bitterness for a savory kick. Though it starts a bit thin and hollow on the mid palate, it broadens substantially with an hour decant and starts to resemble its name (meaning strong and resilient). It is a good value at $21.99 and also a nice representation of the variety. 89 points, value A.

The elder is named El Viejo (2015), and was very confusing for me. I tasted and scored it before looking at the price, and was mightily disappointed when I finally did. I found this to be the least enjoyable of the three, and was startled to find it retails for $46.99. It was made all the more frustrating by the fact that for a wine whose name implies that has made a life’s journey (“viejo” is often use to fondly describe an elderly father), it isn’t an older wine itself as it clearly needs several years of aging, if not five or ten, if it’s to come into its own as we would expect the gentlemen on the label to already be himself. It is a more substantive wine on the nose and palate than the others, but ultimately it leaves you wanting it to be better than it is as the substance isn’t met with depth, complexity or personality. Aromas hit on blackberry, boysenberry, graphite and black pepper. The tannins are lush, though retain levity and texture. Acid is bright, but not too sharp. The flavors offer a profile that ought to appeal more, but are reserved to a surprising level: charcoal, blackberry, boysenberry, raspberry, tobacco leaf and green pepper. This should be better than it is, and I can’t help but wonder if it’s five years away from starting to get good. 87 points, value F.

Toro is a region that can be rewarding to explore, and these three wines do provide three different examples of what the area produces. None, though, capture my favorite Toro profile, which is a core of brambly fruit marinated in balsamic, dense minerality and licorice spice that you find, for example, in Elias Moro’s Gran bottling. That said, while El Picaro gets the job done at its price point, I do think El Recio is a nice expression of the region that is worth a try, though not an exhaustive search, in part because it shows well without extended bottle age. Salúd!