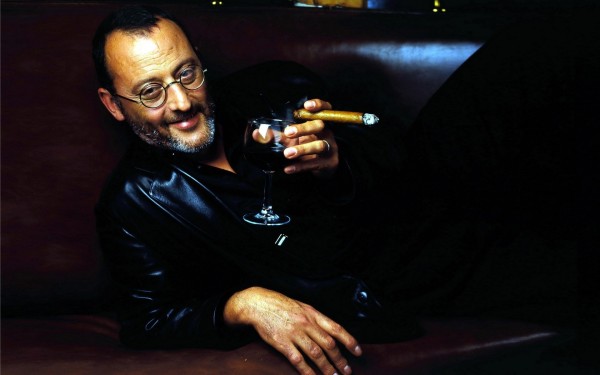 One of the most interesting and intriguing aspects of wine is that it can taste of almost anything other than its constituent parts. Exhibit A: my note for the 2014 The Jack Syrah from Saviah Cellars, which would just as easily, if not more logically, describe the flavors of a charcuterie plate more than fermented grape juice:

“Aggressively aromatic with notes that are undeniably syrah, including bloody steak, olive tapenade, blackberry and smoke. Little bit of a barrel note as well. The palate is full bodied with nice acid, a touch of sweetness and fully integrated tannin and alcohol. The flavors are unmistakably syrah here, too. Loads of iodine, olives, black pepper, smoke and just a bit of dark, brooding fruit.”

The transformation of grape into wine is as magical and mystical to some as it is scientific to others, though the reality for many, including myself, is that the final product is scientific art. I consciously order those two words because while winemaking is a scientific process, there are countless variations to the process that a winemaker can choose, and the conscious choices are an expression of a winemaker’s imagination, inclinations and desires, or put another way, their creativity. The more creative they get, the further their art is from what might be considered normal or standard. This makes winemaking an art form and its product, wine, art.

You needn’t take my word for it, though, if you’d rather listen to mogul of Hollywood and wine Francis Ford Coppola, who is known to have said that risk is “an essential element of any art… If you don’t take a risk then how are you going to make something really beautiful, that hasn’t been seen before?” Winemakers who engage their creativity take on not just artistic risk, but financial risk as well – under appreciated art in the wine industry isn’t particularly profitable.

Picture: Coppola, center, on the set of The Godfather, which he produced. Curtesy of The Wrap.

These artistic choices made by the winemaker are some of the most interesting elements of a wine because they tend to determine its personality. The kind of person who reads Good Vitis likely understands what I mean because, like me, they probably make the effort to find out what those choices were before deciding whether to buy a particular bottle. Most wine consumers, however, don’t engage as much with the art of the winemaker as they do with the art of the wine label designer.

The importance of attractive, appealing labels to selling wine is debatable, but a look at wine shelves from Trade Joes to neighborhood high end retailers demonstrates that many wineries put a lot of effort into designing attention-grabbing labels. The 2015 Gallo Wine Trends Survey found that Millennials are four times more likely than Baby Boomers to purchase a wine based on the label, though the reasons labels matter extend beyond driving sales: a 2007 Cornell University study, for example, demonstrated that “environmental cues” such as being told where a wine was from, and the expectation created by that information, influence not only people’s impression of the wine but also the food accompanying it(!). In two separate tests, restaurant patrons eating off a prix-fixed menu and attendees at a wine and cheese reception, respectively, were offered a free glass of wine. Half were told the wine was from California and the other half North Dakota. Even though both wines were actually Two Buck Chuck, those who were told the wine was from California not only liked it better than those who were led to believe it was from North Dakota, but also enjoyed the (same) food more and consumed more of both. The bottom line is that perception matters, and for retailer shoppers often times their first and only perception of a wine prior to consuming it is what comes through on the label.

Fire Mountain Wines of Arizona puts a lot of effort into their labels and their wines.

For a different but equally compelling reason the “fine wine” segment of the wine market, which is constituted mostly by small producers with limited distribution and often direct to consumer business models, treats its wine as though it is art as well. Higher ends goods like fine wine are often marketed by a very successful approach that sells products in the context of a lifestyle created to appeal to the target audience. Many producers of fine wine, besides genuinely believing their wine is art, offer “experiences” aimed at creating an appealing lifestyle – lavish tasting rooms to make the experience seem important and luxurious, thick and heavy bottles to create a sense of importance and substance through physical weight, wine clubs offering limited allocations and long wait lists to create the sense of exclusivity, etc. – that help to make their efforts profitable.  And, in some cases, wineries make the connection between wine and art directly by labeling a bottle of wine with an actual, and often commissioned, piece of art. A Wine-Searcher search for “artist series,” an industry term for this type of effort, returned 821 results starting at $10 and climbing above $100 dating back to the 1975 vintage.

I am not an avid collector of artist series wines, though I am partial to the very successful Artist Series wine from Soos Creek (thirteen vintages and counting), which not only tastes great but is an incredible value and ages well. Although I like an attractive label, the kind of wine art I appreciate remains the contents of a bottle. Wine’s artistic expression that speaks to me is its ability to evolve. Whether that evolution is over the course of an evening as it takes on air or the course of years in a cellar, wine is a performance art, which is not how people tend to think of it.

Performance art “is about joy, about making something that’s so full of [a] kind of a wild joy that you really can’t put into words,” (Laurie Anderson) which is why even the most beautifully written tasting note can never adequately express a wine’s art. “Performance art is the ultimate in creativity. Since it has so many possibilities at creativity, it’s essence tends to become creativity,” (Jack Bowman) which is why you can taste a winemaker’s artistry in the decisions they make that guide their effort. Musician Andrew Castro said that “Performance art is a real-life, high-risk form of artistic expression,” and you can very easily swap out “performance art” for “wine” and make it as applicable to wine without changing Castro’s meaning. Good performance art is exciting, it engages the audience intellectually and spiritually, and that’s no different whether it’s the opera, ballet or a bottle of good wine.

2 thoughts on “Wine is Performance Art”