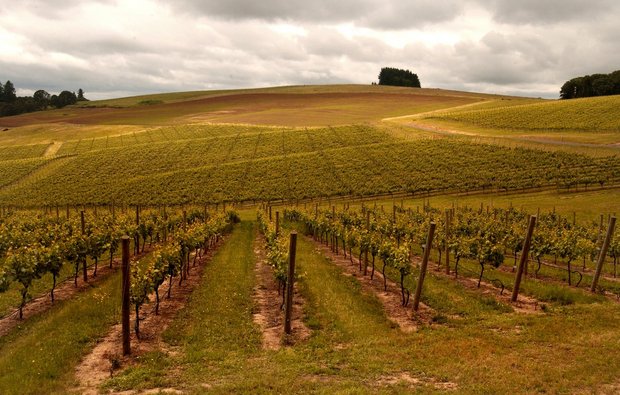 When (and Why) You Should Attend a Winemaker Dinner

Winemaker dinners, usually advertised for $100-plus per person, are a thing of luxury and, unless you live in a decently sized wine market, a bit of a rarity. I’ve stayed away from them because they seem like a rip off. I imagined the wine pours, food portions, and the winemaker’s ability to give one-on-one attention are all limited, which means I’m likely to feel like I’m neither getting my money’s worth nor like I’m able to really familiarize myself with the wine. A recent experience, however, has shown me not to assume that this is the case.

The basic anatomy of a winemaker dinner is one in which people meet at a nice restaurant for a prix fixe menu paired with wines from a specific winemaker or winery (or wineries). The winemaker will introduce themselves, their winery and their approach, and then offer stories behind each wine as it is poured and share their own impressions of it. The dinners can vary in size and quality, but are generally scoped either to introduce wine to a market or, in some cases, to a targeted selection of people in the industry.

A few months back I interviewed Shane Moore, the winemaker a Zena Crown and Gran Moraine wineries, both in Oregon, about his prior experience making wine in Israel. Shane and I stayed in touch and when he was in town last week invited me to attend a small winemaker dinner. I had enjoyed my conversations with Shane and wanted to meet him in person; the chance to drink his wines, with him, was only going to be a bonus.

The gathering was small, maybe fifteen people, most of whom were attached to the industry in one way or another. The atmosphere was collegial and anything but snobby. Our meal was three courses, though we had five wines (plus a bonus Champagne before we sat down). Shane regaled us with anecdotes about each wine and explained his approach and style. It became clear, immediately, that he has a passion for what he does that is matched by his knowledge, which is saying quite a bit. He dropped some Shaneism on the group when he told us that wine tasted best under at least one of three conditions: at the winery, when it’s labeled, and when drinking it with the winemaker. He proved the last one; drinking with the winemaker isn’t merely a bonus, as I had thought it would be, but the selling point for winemaker dinners.

As we placed our orders, Gran Moraine’s 2016 rose was poured. Shane told us his rose inspirations are Domaine Tempier in Bandol and Domaine Ott in Provence, and although his rose is made from a grape not found in either of those wines – pinot noir – the inspirations were demonstrated in the wine. The nose was especially boisterous, pretty and layered. I detected honeydew, kumquat, strawberries, and cherries along with nice florals. The palate was full but very crisp, a nice balance that comes from the use of breathable plastic bins for fermentation that allow extra oxygen to get into the fermenting wine to build up its body. It has nice astringency and just a bit of tannin, which isn’t surprising giving how it’s made: the grapes are picked early, most of it made into pinot blanc, and then blended with carbonic macerated pinot noir. It’s a grand slam at $29.

We then moved on to the 2014 Gran Moraine Yamhill-Carlton chardonnay, which might have been the wine of the night for me. Everything about it is classic Yamhill-Carlton chardonnay, which means it could double as a Montrachet in a blind tasting if it weren’t for its zing and salinity. This one had a gorgeous nose of white pepper, toasted hazelnuts and sesame, starfruit, apricot, green apples and some coconut barrel notes. The body is silky and full, evidence of battonage. It had a nice dose of chalk, sweet lemon, salty pretzel, stone fruits, a mint/basil note along with nice saline and great flintiness. The pH is quite basic at around 3.1, and the grapes were picked in the 21-22 brix range. Primary fermentation was all native and took “forever.” “One of the most stressful wines I’ve ever made,” Shane said. “It spent a lot of time without sulfur…” he said as his voice trailed off and his eyes rolled in the back of his head, remembering those nerve-racking times. Malolactic fermentation was partial. It’s an automatic selection at $45.

As the main course arrived we moved to the 2013 Gran Moraine Yamhill-Carlton pinot noir. Shane called Yamhill-Carlton pinot an ephemeral style that he compared to Burgundy’s Volnay. Around 30% used on this was French, and the barrel aging went for approximately 9 months. This treatment gives the wine good structure but doesn’t overwhelm the more delicate elements of the profile. The nose offers really nice fruit and not an unnoticeable amount of funk reminiscent of wet soil, underbrush and fungus. It finishes with some nice pepper. The fruit on the palate is dark and just a little tart, showing Acai, huckleberries and cherries. Shane said they picked at just the right time to keep any greenness from working its way into the profile. Bravo. It also offers a classy amount of Asian Five Spice. There’s a good tannic backbone to this one but it’s balanced and smooth. Among the best $45 Oregon pinot noir I’ve had, and certainly the most developed of the 2013s at this price point that I’ve had to date.

We then transitioned to the Zena Crown label as they poured the 2013 Sum from Eola-Amity. I think it was around this time that Shane, Isaac Baker of terroirist.com and I discussed the 2013 Oregon vintage. The press raved about the 2012s, a warm vintage that produced very approachable and sweet pinots throughout Oregon’s AVAs while the cooler 2013 received a more tepid reception. I made the comment that I bought very few 2012s and was much happier, and more invested in, 2013 because the cooler vintage produced less hedonism on the body and structure of the wines and kept the brix in check so the acid could highlight the secondary and tertiary flavors. Shane wasn’t a fan of 2012 either, dismissing the wines from that vintage as “singular.”

The Sum’s nose was incredibly deep. Acai gave way to rhubarb, and then to chocolate covered raspberries and macerated cherries. There is also smoke, sweet tobacco, cinnamon and nutmeg. It took me a while before I was ready to remove my nose from the glass. The body is led by polished tannins, but is well balanced with good acidity. This one was 40% whole cluster using grapes grown in (volcanic) Basalt soils. The name “Sum” is meant to convey that every little thing, from cradle to grave, matters. The palate was as deep and complex as the body, and it’s $75 price tag is reasonable for the quality and complexity it offers. I’ve had a good amount of expensive Oregon pinot noir that isn’t nearly as good as this one.

We finished with Zena Crown’s top-shelf wine, the 2013 Slope, which retails for $100. Shane called this one his “winter wine” for it’s serious presence (each of the four Zena Crown wines represents a different season for Shane), and because it has no “elbows.” The nose is heavy and serious; I wrote down “serious flowers, serious species and serious fruit” when smelling it. It had some nice graphite, Herbs de Provence, and smoked meat as well. The palate? Also “serious.” Cherries, green herbs, graphite, iodine, saline, rose and lavender. I mentioned that I noted cola as well, though Shane kind of shook his head “no.” I’m sticking with it. Mark it cola, Dude. This one will be long lived, and is among the two or three most complete and complex 2013s I’ve had from Oregon. If stocking up on Zena Crown, I’d buy the Sum to have over the next five years, and the Slope for the following ten.

Shane was right – drinking with the winemaker makes the wine better. If this post hasn’t made it clear, he’s a very engaging guy, and loves talking about his craft. The banter was as fun as the wine, and the combination made the night. It seems to me this is why you go to winemaker dinners. I imagine the more engaging and fun the winemaker, the more engaging and fun the dinner. So long as the wine can keep up, you’re going to have a good time. If you come across one of these dinners and are wondering whether to go, my suggestion is do some research into the winemaker and decide based on what you find.