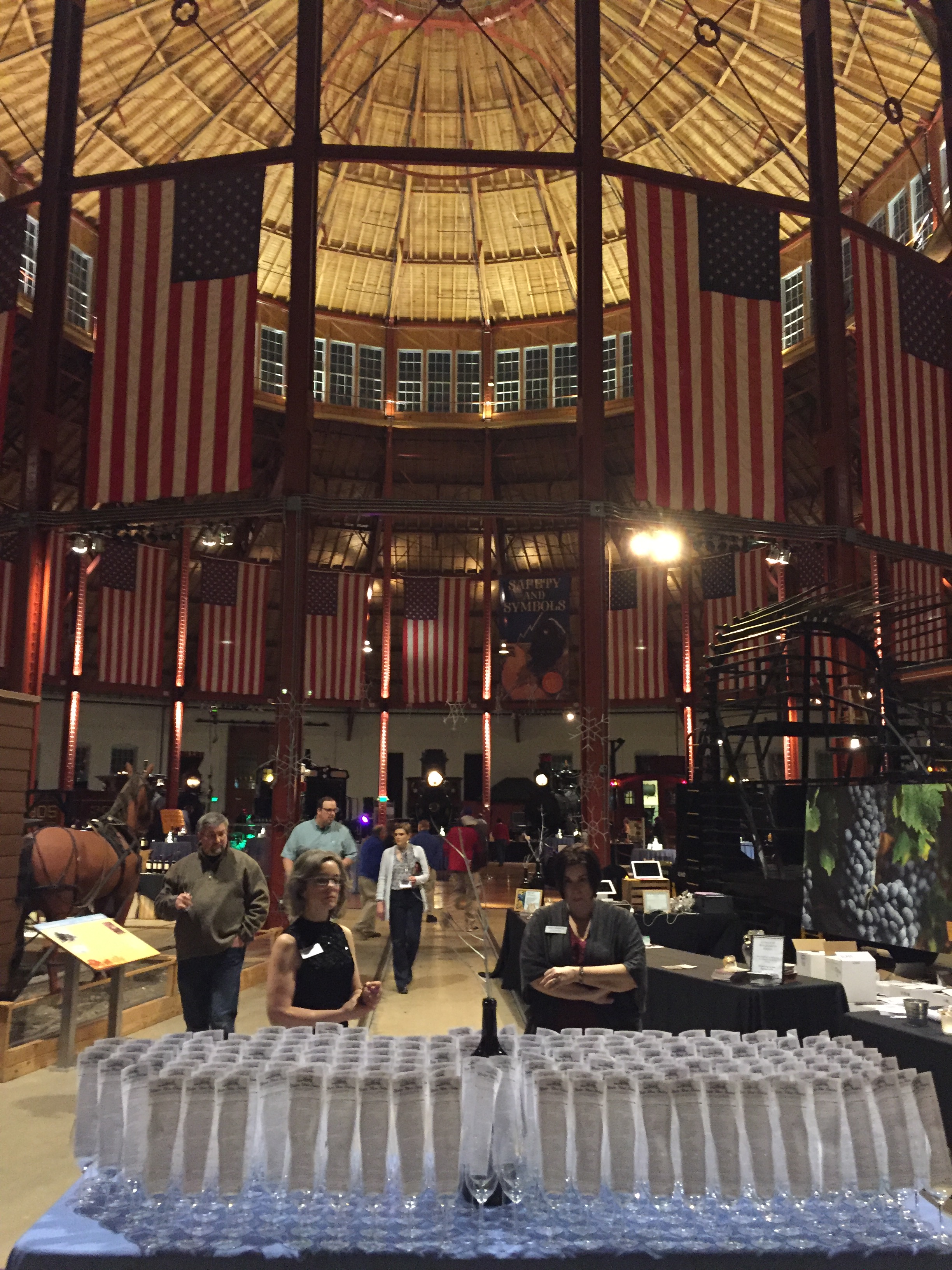 As I wrote last month, Maryland is capable of producing world class wine; the Baker family at Old Westminster proved that to me. Outside of Old Westminster and Black Ankle, the other Maryland winery I’d tried, however, I wasn’t sure how other Maryland wineries fared. Thursday night I had the opportunity to find out at the Maryland Wineries Association’s Winter Wine Festival in Baltimore. Set up in the B&O Railroad Museum, wineries from around the state poured their sparkling, white, red and dessert wines to a nice crowd eager to consume. I went in with an open mind and walked away pleasantly surprised with a few of the wines I tried.

Several of the wineries’ produced wines of quality and intrigue that I can see breaking into national distribution. I therefore left optimistic about the trajectory of the industry in general because the standouts are clear proof that with a thoughtful approach centered around finding the most appropriate land, varietals and techniques, high quality wine can come from the state. However, most wineries offered wines that fell into several categories that don’t bode well for significant market expansion or the state’s reputation, categories like generally poor quality, insufficient character and flawed. These are largely the result of insufficient attention, or a lack of interest in, finding the right place to grow the right thing in the right way. Put another way, many of these wines were driven by the wineries’ desire to produce a specific product rather than determining the best product they are capable of delivering, and then pursuing that.

An example of a winery going about things the right way is Crow Vineyard and Winery. Crow produces sparkling and still vidal blanc, not the sexiest variety or one known for complexity or intrigue. Rather, it’s known more for its flabby and cloying body and simple tropical fruits, and thought of more as a sweet delivery device of alcohol to housewives (no disrespect intended to housewives) than a serious wine. Therefore, the decision to showcase it at a wine festival might be taken as a negative sign of the seriousness of the winery. As it turns out, though, they produce it because it grows well on their land and their winemaker knows how to get the best out of it. The still version was the white wine of the night for me, the only vidal blanc I’ve had that I’d spend my own money on, and the only vidal blanc I plan to have more than once. It had flavors like dandelion that balanced the peach and white pepper, and it had a mean streaks of salty acid and slate that cut through the tiny bit of sweetness and kept the wine lean. The sparkling version was good as well.

Big Cork is another producer with promise, though for perhaps opposite reason of Crow. Their 2015 viognier was a proud counter argument against people like me who don’t believe in the case for viognier in the Mid-Atlantic region. It’s a difficult grape to grow because the skin is thin, the clusters are tight and it needs warmth to adequately ripen. This part of the country has volatile weather and a lot of rain, which means viognier can easily go bad on the vine (often from rot) before it even gets to the point, in the Mid-Atlantic, of not adequately ripening. While I’d never risk planting viognier at my hypothetical winery because year-in, year-out it’s inconsistent, Big Cork is all-in and the 2015 shows why. While it had a bit of volatile acidity on the nose, it blew off and revealed a lean body of sweet mango, melon, vanilla curd, white pepper and a really cool passion fruit feature. The acid was good and the wine wasn’t flabby at all, an unfortunately common feature of many viogniers. Big Cork has a mighty challenge to produce a good viognier consistently from vintage to vintage in Maryland, but they’ve clearly developed some know-how with this grape. What they still have to prove, however, is that they can make worthy viognier in the off years as well.

For many of the red wines I wrote lines like “good but not great” or “nice Earth but insufficient fruit.” Knob Hall’s 2013 petit verdot was one of those on the verge. They made the smart decision in holding the wine an extra year prior to release. It had good weight and acid, nice smoked pepper beef jerky and raspberry, but on the whole it was just a bit singular as cold climate petit verdot can be. Similarly, Thanksgiving Farm’s 2012 Reserve Meritage showed its age well with robust, drying tannins and saline to go with hickory smoke and peppered salmon jerky on the nose and palate. It was a unique and intriguing profile but it needed some fruit to broaden the flavor spectrum and body. Both of these demonstrate the promise of Maryland but also the challenge of being able to achieve adequate ripening in red grapes. There are tricks that can be played in the winery to help with this, but that’s a difficult decision that a lot of winemakers don’t make because it’s an act of distorting “nature’s intent,” if you will, in a way that paves over the wine’s uniqueness.

The final wine I want to highlight is Layton’s Chance 2014 Norton Reserve. Like Crow’s decision to feature vidal blanc, Layton’s Chance Norton is a statement about the importance finding the right grape for the land and then making it well. Norton is not an esteemed grape, and frankly even though it’s quite at home in the Mid-Atlantic most producers of it still don’t do it particularly well. Too often it’s a tannic mess of high alcohol and sweet dark fruit with nothing else going on. Layton’s Chance’s version is altogether different, a demonstration of measured constraint. The alcohol was integrated and the fruit was dark, but both were mellow which allowed some spice and saline to show through. The tannins are there, but are well-integrated as well.

Like Crow’s vidal, Layton’s Chance is evidence that when you embrace the right grapes, vineyard management and winemaking techniques for the land and climate, you can put out something quite good. This is the big lesson I took from the Winter Wine Festival, and is a lesson I hope more Maryland wineries embrace because that’s how the state will ultimately carve out its place in the wine world.

3 thoughts on “Winter Wine Festival: A Survey of Maryland Wine”