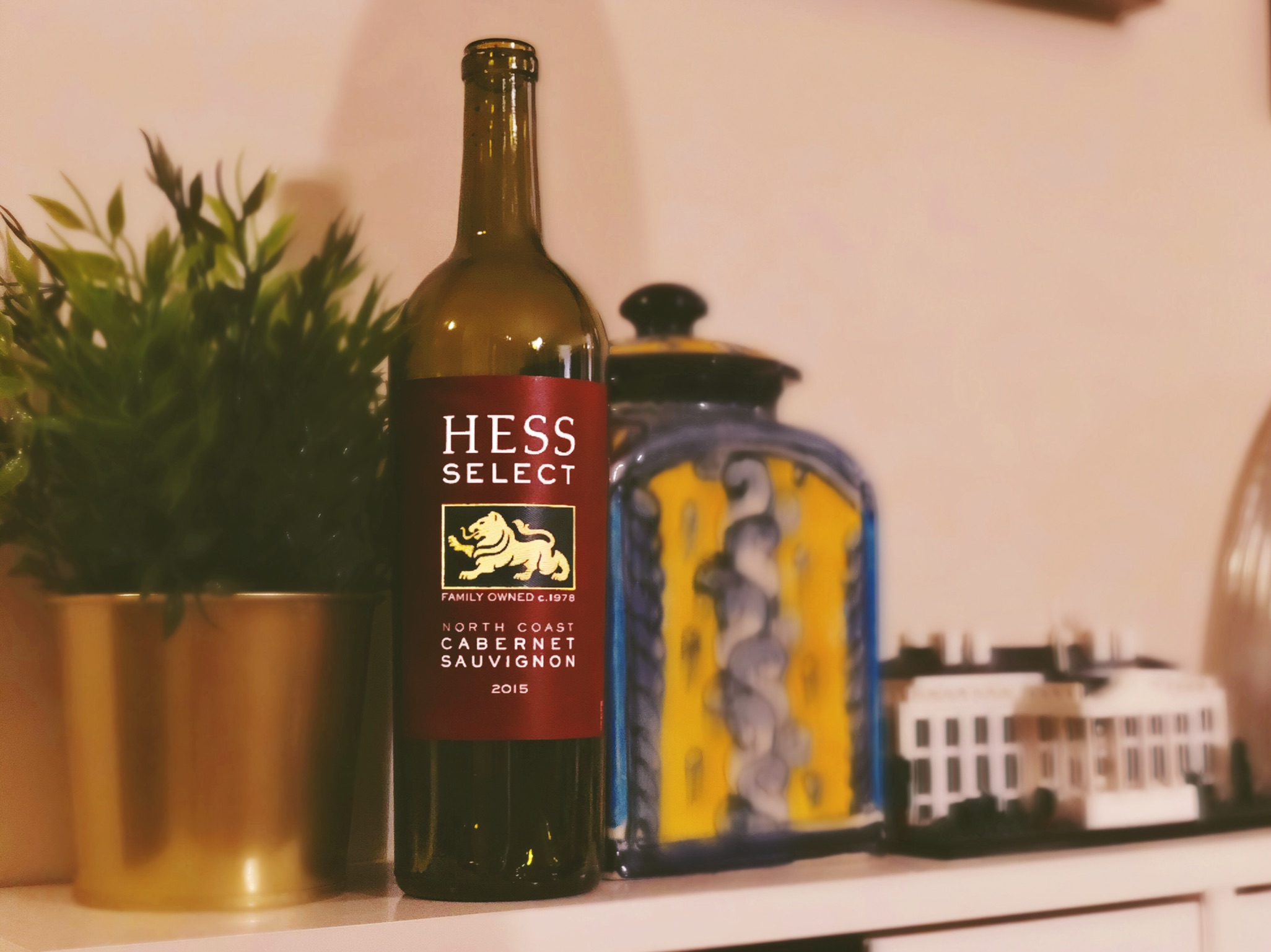 The 2015 Hess Select North Coast Cabernet Sauvignon is riding a strong commercial tailwind. It’s cabernet sauvignon, which is second in popularity only to chardonnay in America, and it’s from California, which dominates America’s wine production, store shelves (commercial demand) and exports. If one’s focus was on making wine that would sell easily and in large numbers, they’d make cabernet sauvignon and chardonnay in California.

If there’s a headwind against this wine, it’s that at a suggested retail of $19 it is too expensive for the mainstream (though I wouldn’t be surprised to find it for $12-15 in many grocery stores nation-wide). Even at $12, it’s outside the 78% of total domestic wine sales that come in under $10 per bottle. However, the tide is turning. In 2017, purchases of bottles priced $15-19.99 saw double-digit growth. Things were never down for the Hess Select cabernet sauvignon, but they are nonetheless looking up.

I visited Hess last December during an epic five days in Napa, not knowing much about the producer and walking in with a critically wrong assumption about them. Here’s a line from the post that I wrote about Hess:

“I had sort of assumed that because of its size, its quality and personality were going to be, um, uninspiring. After trying the samples, I knew the only ass in that assumption was me.”

Hess was awesome. A medium-sized producer, which by California standards is pretty large, they poured me nearly their entire range, beginning with several Select wines. The Select series is the winery’s entry point, and accounts for 65% of total Hess production, making it the company’s financial backbone. The series begins with the $12.99 Select chardonnay, and tops out around the $20 mark. We slowly climbed the ladder until reaching the top: the $185 Lion cabernet sauvignon. There wasn’t a bad wine in the bunch, and I found several to be inspiring. More than anything, though, I was impressed with the Select chardonnay because I was shocked that anyone could make a chardonnay of that quality that could retail for $12.99 – I’ve had many $25-30 chardonnays that are on all accounts no better than the Select.

I vividly remember asking Hess’ winemaker how they made such a good thirteen dollar wine and learning that they have vineyards dedicated to the Select line that get the same attention as their more prestigious vineyards, and an assistant winemaker who focuses on the Select line, giving it as much attention as the head winemaker does for the more expensive wines. Since then, I’ve included the chardonnay in several tastings I’ve led and talked it up on many occasions.

This is why it was fun to revisit the Select line with this cabernet sauvignon, which I received as a sample. They produce 175,000 cases of the Select cabernet, which represents 35% of the total Select series production. That’s serious quantity, so achieving equally serious quality is no small order, and rare at this scale. This alone is reason enough to try this wine.

Tasting note: This fresh, ripe nose gives off aromas of cherry and blackberry compote, toasted oak, potting soil, graphite minerality and blood orange zest. The body is very polished and lush, balanced nicely by good acidity that keeps it from becoming cloying or heavy. Flavors are focused the dark and juicy cherry and boysenberry, though tobacco, wet dirt and lavender peak through. 88 points. Value: A.

This is a widely distributed wine – available in all fifty states and twenty-three countries outside America – and is available at serious wine stores, grocery stores and online retailers, including wine.com. Below are a few places where it is available. As always, you can head over to wine-searcher.com and input your zip code and a radius to find nearby stores.