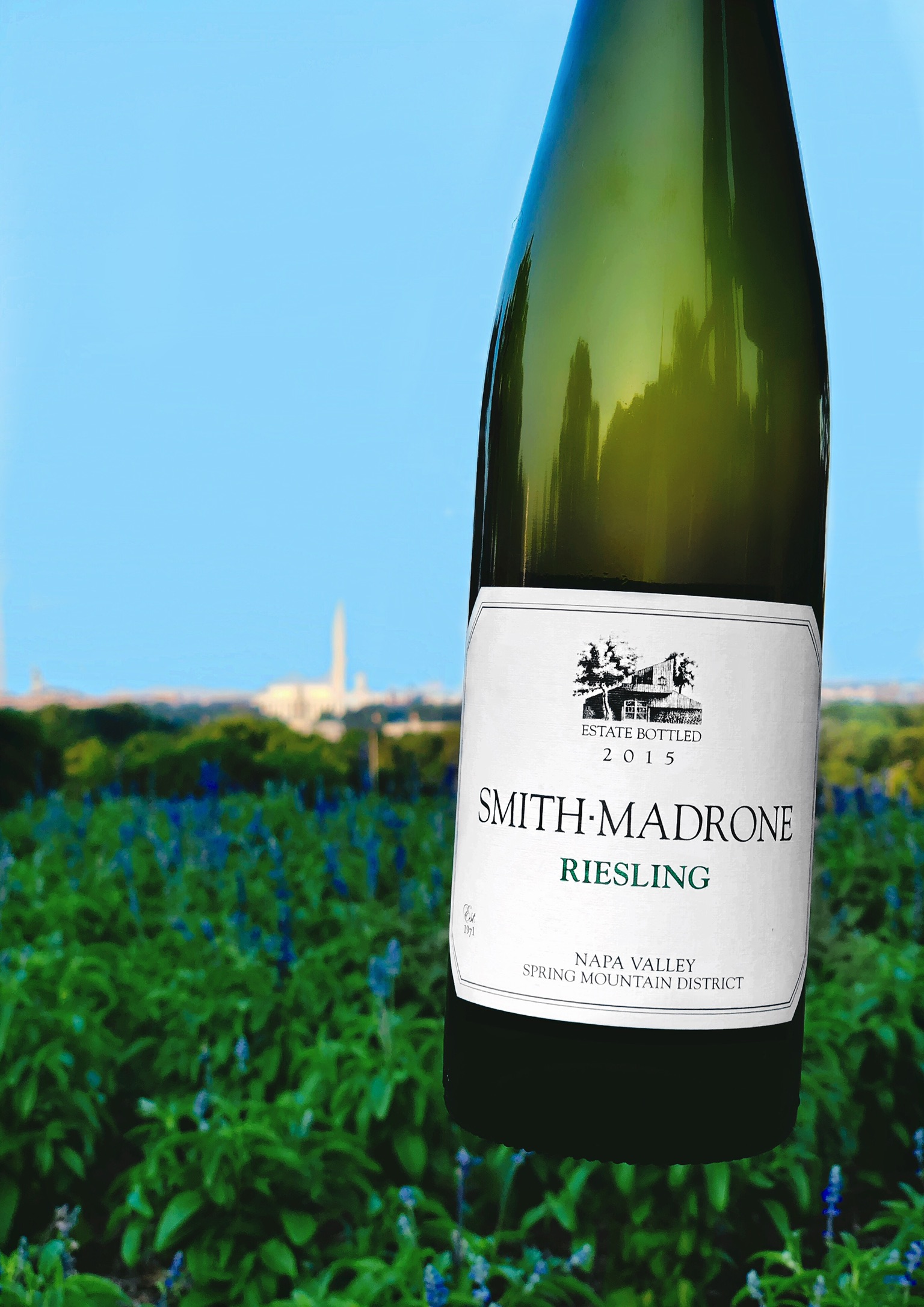 Note: This is the inaugural edition of Try this Wine, a series we hope to make regular on the website. You can’t know more than you taste, and knowledge is what builds a palate, so exploration is key to developing an appreciation for wine. Each edition will spotlight a wine that we believe has, whether we happen to like it or not, a compelling reason or two for people to try. Some of the wines will be harder to find and/or more expensive than others, but the one theme that will be constant is our belief that the wines we feature will improve your appreciation for wine. At the bottom of each Try this Wine post, you’ll find a list of places to purchase the wine.

Most wine drinkers aren’t going to like the Smith-Madrone riesling because they don’t like riesling, or so they think. “It’s too sweet” is the variety’s reputation, and the industry hasn’t done much to help itself in this regard. People see the grape and think ‘sweet’ and there’s nothing, except the occasional demi-sec or sec label (which doesn’t mean anything to most people anyways) to clue them in to the reality. Smith-Madrone’s 2015 riesling carries 0.68% residual sugar, which is for all intents and purposes a dry wine. But you wouldn’t know it from the label.

The other thing you wouldn’t know from the label, unless you knew the winery’s reputation already, is how good it is. The rieslings with the most widespread and greatest reputations aren’t grown in the United States, but I’d put money on a few domestics to place well in a Judgment of Paris styled event in Alsace or Wachau. Good Vitis hosted a blind tasting of thirty-two American rieslings with a couple of esteemed wine professionals about a year ago. All of us were more impressed than we expected with the overall quality, and super impressed with a handful of them, including Smith-Madrone. Stu Smith, a General Partner and winemaker at Smith-Madrone, dropped in and tasted with us, nervously hoping his wine would show well. It did.

There are a couple of things that combine to make riesling a special grape like no other. The versatility of the grape is, I would argue, without peers. It can be grown in so many different soils and climates, it’s remarkable. It also picks up terrior as well as any grape, and better than most. Multiply its ability to grow in so many different places by its ability to represent each unique location and you end up with a massive range of differences. With its racy acid, focus and complexity, riesling is also an incredibly versatile and nimble partner of food. On top of that, it ages gracefully and for decades (when grown and made to do so). In the collateral sent with the Smith-Madrone sample, Stu writes that “we think this will have a lifespan of 20-30 years” and there’s no doubt that he is right. The best-made riesling in Germany and Austria is known to gain complexity over decades and decades. Stu’s been making riesling long enough to know, when he says his will go twenty to thirty years, that it will do so while improving.

When you have a really good riesling, it’s impossible to objectively say there is better wine in the world. The kicker is, the best riesling is outrageously cheap by the standard of any other variety that can come close to riesling’s quality. You have to search far and wide to find a riesling that will cost you, off the shelf, over $100, or even $50. For a third of that ($32), you can get the 2015 Smith-Madrone, and it just might be the best $32 white wine you’ll find, and a wine that’s far better than many other varieties costing significantly more.

Some of Smith-Madrone’s vineyards. Picture credit: Pull That Cork.

They ferment it in stainless, and keep it there through clarification, aging and filtration. It’s 100% riesling that is kept from going through malolactic fermentation and gets no lees stirring. This is all to say, it’s really well-grown estate riesling from a really great mountain site that showcases terrior and talent. Stu boasts of “a proud history with this varietal, from our very first vintage. That 1977 vintage won the Riesling Competition of the 1979 Wine Olympics, a tasting organized in Paris by the food and wine guide Gault & Millau.” Bring on The Germans and Austrians.

Tasting note: What a wonderful nose with elevated florals, dried apricot, tangerine, wet stones, chalk, margarita salt and white peach. Medium in weight, the acid is racy with a lush texture. The ripe flavors hit on tangerine, yellow peach, lime, rhubarb and tobiko. The finish goes for ages. Another brilliant vintage of this stuff, the 2015 should have an excellent fifteen to twenty year lifespan, at least. 92 points, value A.

The 2015 is still finding its way to shelves around the country. Smith-Madrone sells a lot of direct-to-consumer, and you can purchase this wine from them now. As this vintage gets distributed (there is often a lag time between winery release and completion of the distribution process), it should be available around the country in discerning wine stores. Right now, wine-searcher.com is listing only one store:

You can find other locations for other vintages here.