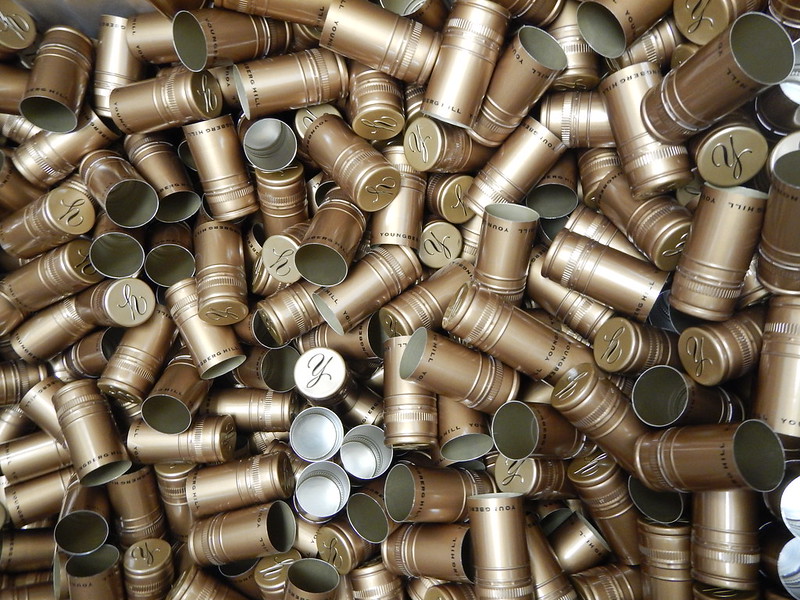 Last summer, an aunt and uncle of mine gifted us a booked called Champagne that was written by Peter Liem. In the opening chapter, Liem is already addressing a widely-held assumption that because most champagne are blends of tens, if not dozens, of various vineyards, terroir matters less in champagne wines than others.

“While both consumers and producers were content in the recent past to treat champagne as a brand, or as an object of lifestyle, or as an entity in the wine world that was somehow less serious than Burgundy or Barolo,” he writes, “the prevailing attitudes have shifted, at least in the arenas that matter. Champagne is now subject to the same questions asked of any other wine and held to the same standards” in terms of, among other things, terroir.

Flip just two pages ahead and Liem expands on these standards in the context of Louis Roederer champagne. “It’s often assumed,” he says, “that base wines are essentially neutral, light wines with low alcohol and little fruit flavor” after quoting Roederer’s winemaker, Jean-Baptiste Lécaillon, who remarked that “I have 410 different parcels and 450 different vessels in which to ferment them.” His larger point: terroir matters as much in champagne as it does in other wines.

A short and roughly 5,188 mile hop, skip and jump from Reims puts you at Youngberg Hill Winery in Oregon’s Willamette Valley, which is one of the more terroir and parcel-based wineries I’ve come across recently, and it shows positively in the wines. With an estate draped atop a hill, Wayne Bailey and his family are putting a lot of effort into their vines and turning out some gorgeous wine.

Youngberg Hill’s vineyard covers 20 of the estate’s 50 acres and is comprised of three blocks of pinot noir and one block of pinot gris and chardonnay. Three of the blocks are named after the three Bailey children: Natasha, Jordan and Aspen. When talking about the vineyards with Wayne, it became strikingly evident how much attention he pays to the eccentricities of each block, as if they were three unique children each requiring unique attention (…or something like that).

Each vineyard is at a different elevation and has a different mix of soil types, grape clones and clone-rootstock combinations. Though three pinot noir blocks get their own vineyard designated bottles, they are also blended into the estate’s cuvées. It’s within this context that I think of Liem’s champagne discussion because of the Youngberg vineyard’s variety. Though it’s not quite Roederer’s 410 unique parcels, there is a lot of variety packed into Youngberg’s 20 acres. Depending on the block and vineyard, you could find Pommard, Wadenswil, Dijon 777 or Dijon 10114, plus some purchased Dijon 115, among 20 acres with high terroir diversity. Let’s break the sites’ soils and elevations down pictorially:

Youngberg has made the move from organic farming and winemaking to biodynamic. Wayne made a great point in explaining his rationale for the change by pointing out that “organic tells you what you can’t do, not what you can, and because it addresses only the cant’s, it ends up depleting the soil.” Conversely, biodynamic “adds what you can do to enhance the biomass, to maintain the ratios of calcium to potassium, those kind of things. It’s a tool that helps you do.”

The differences in impact between organic and biodynamic “are very prevalent very quickly,” he said. “First, we saw it in the health of the vines, which then translates into healthier fruit. We’re harvesting healthier and healthier fruit every year, which is great because it then minimizes the issues we face in the winery. As a result, we’re starting to see the quality of the wines enhanced as it ages in bottle and you taste the vitality and liveliness when it comes time to enjoy it.”

Although he’s been making wine at Youngberg since before Y2K, he’s recently put more attention into the tannins he develops in his wine. “I’d been chastised a bit for my tannins being aggressive,” he told me, adding that “I’ve worked diligently over the years to adjust that.” In the vineyard, he’s tried to adjust the root structures of the vines so they produce less aggressive skin tannin by clearing between the vines. Harvest pick dates have been pushed later and later as well with the aim of harvesting fruit with browner seeds to avoid the harsh tannins of younger seeds.

He has also dialed up his use of new oak barrels, which may seem a counterintuitive tactic for dialing back tannins. With his location in the McMinville AVA and the particulars of the Youngberg vineyards, he naturally gets intense, aggressive wines to start with, which drove reticence in using new oak on the fear that it might enhance the robustness and overwhelm the more subtle flavors and aromas. His prior experience in Burgundy, where oak is used with a light touch, heightened this sensitivity.

However, when he decided to start reducing the stoutness of his tannins, he experimented with more new oak – 40% or less, so still not much – and found that it helped refine the tannins and smooth them out without taking away from the complexity of the wine. Because of the robustness in the estate’s fruit, the wine can handle the new oak without losing its personality. He has also shortened the length of his cold soaks, a process that extracts tannins from the skins and inserts them into the wine. The color of the skins is naturally quite high, and even with shorter cold soaks, he’s getting all the color he wants.

While he’s shortened cold soaks, he’s extended warm soaks post-fermentation. The skins are allowed to remain with the wine for as much as 10 days after fermentation is complete before they are removed. Doing this helps the mouth become rounder and the wines become deeper and more complex in part because it tends to help the tannins integrate into the wine quicker.

Wayne and I had a fairly lengthy discussion about tannins at my prompting because the tannins on his wines were one of the aspects that stood out the most – these are seriously structurally pinot noirs. I had the opportunity to try two of the single vineyard bottles – Natasha and Jordan – as well as the entry-level cuvée.

The 2015 Jordan pinot noir offers a mineral-driven nose of loam, iron, graphite, cherry and blackberry juices and dry Cap’n Crunch. It’s medium bodied with balanced acid and a slightly gritty tannin structure that drapes the mouth with an engaging structure. Not for the faint of heart pinot drinker, the flavors of cherry, blackberry, pomegranate, smoke, damp soil and saline are saturating. This has a real physical sensation and serious splash of flavor that, while it works, could stand a year or three to better integrate. 91 points, value B.

My favorite pinot, the 2015 Natasha, has a pleasantly pungent nose of tart strawberry, rhubarb and blackberry to go with Sweetarts and damp underbrush. Medium bodied and mouth-filling at the same time, the balanced acid contributes a slightly coarse element to the structure, which is framed by sturdy tannin. The flavors are a bit sweeter than the nose, offering muddled blackberry, blueberry and raspberry to go with mild cedar and tobacco. There is discernible smoke on the finish. This will only get better over the next five, if not ten, years. 92 points, value B+.

Given its price, the 2015 Cuvée is the most impressive pinot, though. Youngberg’s entry level pinot noir has a nose of gorgeously ripe, gushing raspberry, strawberry, cherry, scorched earth, rose petal and Sweetarts. It is medium bodied with round edges, smooth tannin and linear acid, forming a very pleasant and enjoyable structure. The fruit is juicy, oozing raspberry, strawberry and muddled cherry. There are also a slightly dark, wet earth theme. Just a wonderful wine. 92 points, value A.

I’ve saved my favorite for last: the 2016 Aspen chardonnay. Wayne takes his chardonnay seriously. The blocks of chardonnay were originally planted to pinot gris in 2006, and he grafted them over to chardonnay in 2014. Where other people might plant pinot noir, Wayne made the choice to plant chardonnay. The Aspen vineyard is south-eastern facing, between 525 and 600 feet in elevation and planted on marine sedimentary soil with 25% volcanic rock. It’s a great site, and one that screams “pinot noir” to many, but Wayne wanted to make exceptional white wine, and so he choose this exceptional site for it.

The 2016 Aspen chardonnay shows malolactic and barrel notes on the nose, which is dominated creme brûlée, toasted oak and Key lime pie. Full-bodied and lush with a high glycerin sensation, the palate is quite polished. Well-balanced bright acid provides levity. The flavors hew close to the aromas with brioche and Key lime, adding salty lemon and just a touch of slate minerality. This is quite nice now with a decant, but it offers real promise of evolution over the next five-plus years. 92 points, value A.

Tasting through Youngberg Hill’s wine is tasting through a diverse 20 acres of vineyards. It’s a fun and rewarding experience. The wines are distributed in pockets around the country, and are also available direct from the winery, which ships. Oregon wine is finding its way to more markets, and Youngberg is a great representative of what the state offers.